I got a text from my wife over the weekend while I was away getting sozzled in an airbnb with twelve other manchildren. It came completely out of the blue – Ian Creasey from Rempstone Steam & Country Show had got in touch via the Parish Council to tell me he had a cheque for me.

When I got back and my hangover subsided a little, I got in touch and he arranged to pop over on Monday evening. We stood and chatted and his lovely wife helped Arthur and Ali build the most impractical den I’ve ever seen in the back garden, and we took the following photo:

To say I was touched is an understatement. It seems they support various charities with the money they raise at the steam show, and Ian happened to see me on the TV one night and decided to siphon some of the money my way. I’m incredibly grateful – not only does it take me over the £8k barrier, £500 also represents approximately 1% of the charity’s budget for a whole year in one cheque alone.

So yay! Yay for Ian Creasey and the Rempstone Steam & Country Show. He also gave us a couple of free tickets so we’ll pop along. It’s particularly nice that I got a donation from them as I used to cycle there with a friend when I was about 12 – I remember seeing traction engines and all sort of big clanking machines there. Kids love it, and this one looks like a belter as it’s the anniversary – details below. 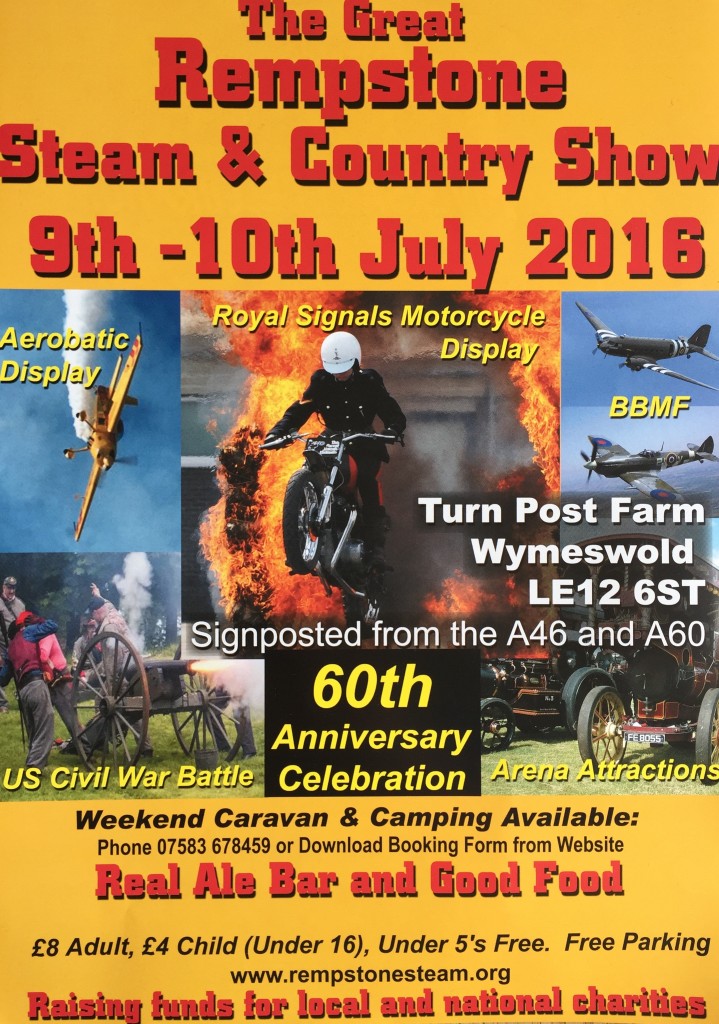